The Dope Game: Dope Fiend Edition contains the full game and The Stash DLC. Buying it here on Itch.io gives you a Steam key for the main game and a download for the DLC itself. DLC Steam key will be e-mailed to you.

The Dope Game is a take on John E. Dell's 1984 classic game Drugwars, where the player goes around New York City trying to make as much money as possible selling drugs while evading the police. But this isn't New York City. Or 1984. The Dope Game takes place in the fictional city of Starkham, Blannington; a staple in the CoaguCo universe.

To escape the city of Starkham and start your new life, you get your friend Preston to set up a meeting with the local loanshark, Sweaty Mike. After foolishly borrowing $2,000, you embark on a timed mission to sell as many illicit substances as possible throughout the city. However, you must evade the police, make sure not to enrage the locals, and navigate an ever-changing drug market.

Visit locations like Crockfort, Pinky's Gun Emporium, Murphy's Lake, The Noose & Rafter Bar, Hillside, Saint Jaysus Memorial Hospital, and more to interact with people and trade in a variety of drugs. Almost everyone you meet can be fought or bartered with in some manner.

The newly remastered game features original music by Macabre Gandhi and fully hand-drawn art assets by GP Garcia. For those of you unfamiliar with the premise, here is a fancy list of game features:

The Stash contains a lot of goodies from The Dope Game's development including soundtrack, art book, wallpapers, and trailer out-take video. We even packed in a old-school, console edition of the game itself! Here is a redundant list:

The Dope Game: Android Edition
The mobile port of The Dope Game on your Android based phone! Just pop this APK onto your phone and install. Users may have to allow installation of third-party APK files. The mobile version has almost all of the features of the main game but is portable, obviously.

The Console Edition was designed for Windows and Linux but may also run on Mac systems. The 'Old School' folder in the DLC currently houses the Linux BASH version, which may be run on Windows with Git BASH or BASH on Ubuntu on Windows. Windows/DOS version is coming!

Classic... Still love this gem, Steam Workshop in the future would be great...

Cheers, sir!  Yeah, we thought about Steam Workshop about mid-way through the game's content updates.  At this point, the easiest thing to do without a lot of modification to the engine would be Steam Workshop for text scripts.  Like adding new languages.

However, we are currently getting ready to start work on the sequel; we're actively in the design phase.  Putting Steam Workshop as a feature in that would be much easier at the beginning so that people would add items and stuff.

hey i just brought it how to i polay it? its only giving me the stash dlc but i just want to play the base game?

The game comes with a Steam key.  You should be able to generate one from your account.  You will also be emailed a Steam key for the DLC.

I think there is a "redeem Steam key" button in your library or purchases on Itch.

Going to vote for this on greenlight right meow

Haha, thanks, but it's already on Steam!

Cheers and happy new year, sire! Hope you like it! 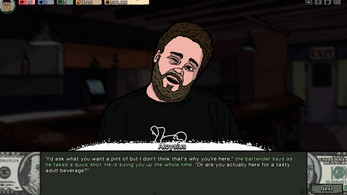 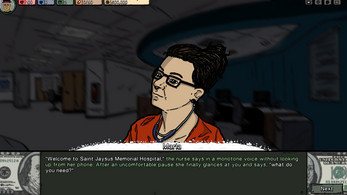 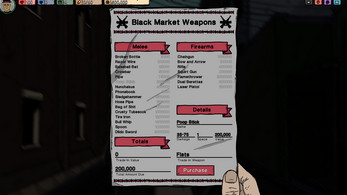 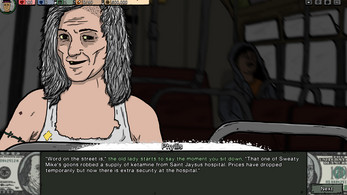 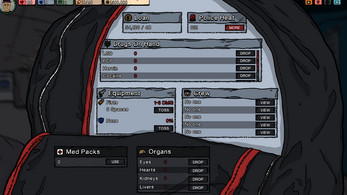 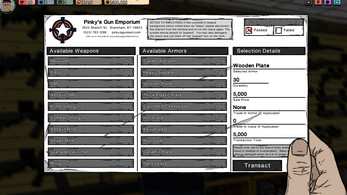 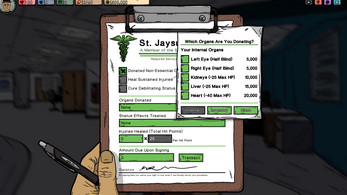 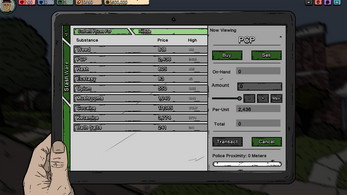 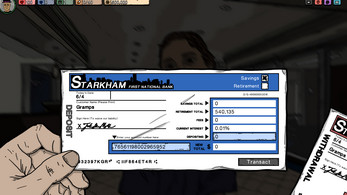