A downloadable game for Windows and Linux

This game is currently in an early access / playable alpha state.  Please send all bugs and suggestions to us at haulin@coaguco.com and we'll add them to the list!

This is a game about truck driving, the US highways, and oatmeal.  During your time as a truck driver for the Starkham Oatmeal company, you will be tasked with delivering crates of delicious oats to the local grocery store.  The roads are fraught with dangers, as well as delights, so be sure to take along a trusty co-pilot and / or pet.

Arranged as a digital board game, you will encounter a wide variety of characters and obstacles ranging from drug cartels, bike gangs, random maniacs, pop stars, police, serial killers, and the few folk that aren't completely crazy.  Make your way around the board and collect your wages every time you complete a delivery then return to the warehouse.  Use it to buy spare parts for your truck, the favor of lot lizards, or sometimes bribe your way out of trouble. 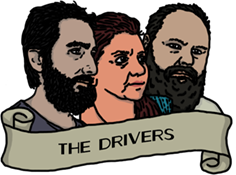 When you start a game, each player will get to choose one of eight different drivers; with three locked by default.  Each has two strengths and weaknesses, like bonuses to truck ramming checks or penalties to dealing with the law.  Mix and match the different drivers with co-pilots and pets to get the upper hand against your opponents. 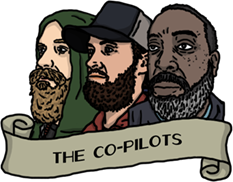 You can take a co-pilot with you.  Just like the drivers, each co-pilot has different benefits and disadvantages.  If you get a bad Incident card draw, you might just accidentally leave 'em at a truck stop somewhere for an opponent to scoop up.   If none suit your play style, you can choose to play without one if you want. 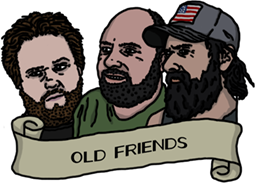 Old friends from our previous games make an appearance as well. One cannot go through Starkham without seeing familiar faces like Bill Finnigan or Aloysius. They sometimes found in Encounter or Incident decks. Depending on who you find, they may have a mission for you or an item to barter. 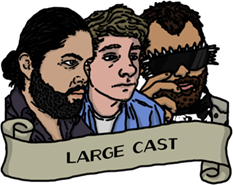 There are a lot of other characters as well. Scattered throughout the Incident, Encounter, and Resource decks various characters await you, either to rob you blind or give you mini-quests to complete.  Heck, some might just need something as simple as a ride down the highway a bit or a wee bit of your money.

Whether your driving record is spotless or you've played one of our games before, get some quicker in-game unlocks with the Mileage Club!  For each of our previous games that you've owned or played (demo, family share, or free weekend), you will unlock guest characters or table accoutrements.

Haven't done so or don't got 'em?  Don't worry, you can get all the same characters and bonuses by just playing the game.  And with a little elbow grease.

The game is still in early development and things are being changed up fairly often. Due to the core mechanics changing since it is now a digital board game, we are going back through the needed art and overhauling the systems.

We will, of course, keep sharing more information, images, and video as we continue towards a working beta! Come back soon or keep an eye on our posts!

In order to download this game you must purchase it at or above the minimum price of $4.99 USD. You will get access to the following files: 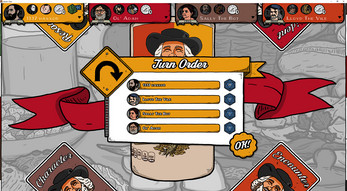 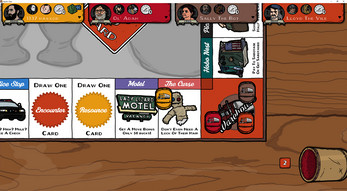